All models were 18 years of age or older at the time of video capture. Net a zero-tolerance policy against illegal pornography. 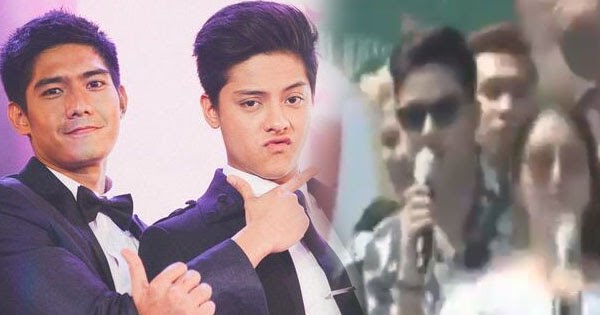 at 1 comments Links to this post. Saturday, 23 October Defending Nadine TB swung by BBC Breakfast this morning to discuss the fact that despite being cleared by the Parliamentary Standards Commissioner Nadine Dorries is still being subjected to a vitriolic and partisan hounding online, especially from the more scummy, stalkerish elements of the otherwise maturing left-wing blogsphere.

Nadine claimed that she changed the names and locations of constituents she discussed in order to protect their privacy and her own. Funnily enough the BBC though this worthy of their airtime. The quality is appalling, but someone managed to grab a recording of the discussion with lefty, but a nice one, Zoe Margolis:. at 7 comments Links to this post.

Wednesday, 20 October Educaton Educaton Educaton II There are few things more likely to get TB out of his awful blogging lull than a chance to take the piss out of his old student union. Once again Edinburgh University Student Association, or EUSA to their friends, have excelled themselves in their fightback against the machine. Those evil ConDems are threatening to raise tuition fees.

The comrades are being called to arms to fight these evil education cuts. Labour would be proud after their similar mare.

Tickets available in the ICC lobby or from anyone clad in a rainbow t-shirt Wednesday, 29 September TB on the Fringe TB is looking forward to hitting up Birmingham especially after missing out on Manchester. His accommodation will make you laugh. FringeList is a service that lets you track who is going to what Fringe events and whats on etc. You can also sign up for text reminders for events.

Checkout tory. com for a full range events or tory.

Sign in with Twitter to do your own calender Drop him a line if you fancy a beer. See you in Brum.

Tuesday, 28 September Will Ed Descamisado It? The Labour Party website thinks so. As did his campaign launch: Will Red Ed go jacketless today? TB reckons its the sort of cheap stunt he'd try Monday, 27 September CF Election Results - Howlett Wins Shocking that only votes were cast.

Without quotas. Without enforcement, without special patronising identity officers.

Eat your heart out Labour. Gutted about Patrick Sullivan missing out by two votes. Good luck to the new team. Though the massive drop in turn out needs investigation - someone has cocked up here.

Thursday, 23 September Conference Kick Off It's conference time kids and that means its karaoke time. This year TB has teamed up with YBF to kick the Conference off in style in the VIP lounge of Bar Risa next door to the ICC. Full details are here. You can reserve songs when you buy a ticket. Will be a laugh. Tuesday, 21 September The Right People Back Cox You may have noticed this advert on various political blogs: Well look out for it if you havent.

It's an advert for Craig Cox, a very sound, very ambitious and motivated Conservative.

TB is backing Craig to be the next chairman of Conservative Future. The Tories are in power now, no longer does CF have to be mere leaflet fodder for associations. No longer does it have to be about traipsing up steps and knocking on doors. Now CF has a chance to be a genuine political, ideological and motivational force and it needs a ideologically sound leader. Ben Howlett is a great guy and TB thinks he will probably win this election.

Ben has shown organisational skills that would have been brilliant leading CF in opposition. But now is the time for CF to make some noise, a loyal Cameroon councillor is the last thing the Tory youth wing needs.

They need a leader who is willing to speak out against the government, not a cheerleader. A leader who has learnt the tough lessons of how hard the left will go to smear and lie and distort, a leader who has cut their teeth and isn't afraid to learn from mistakes.

For too long CF has been scared of fighting, too scared of breaking party line and too scared to really make a difference. But with the right figurehead all that can change. 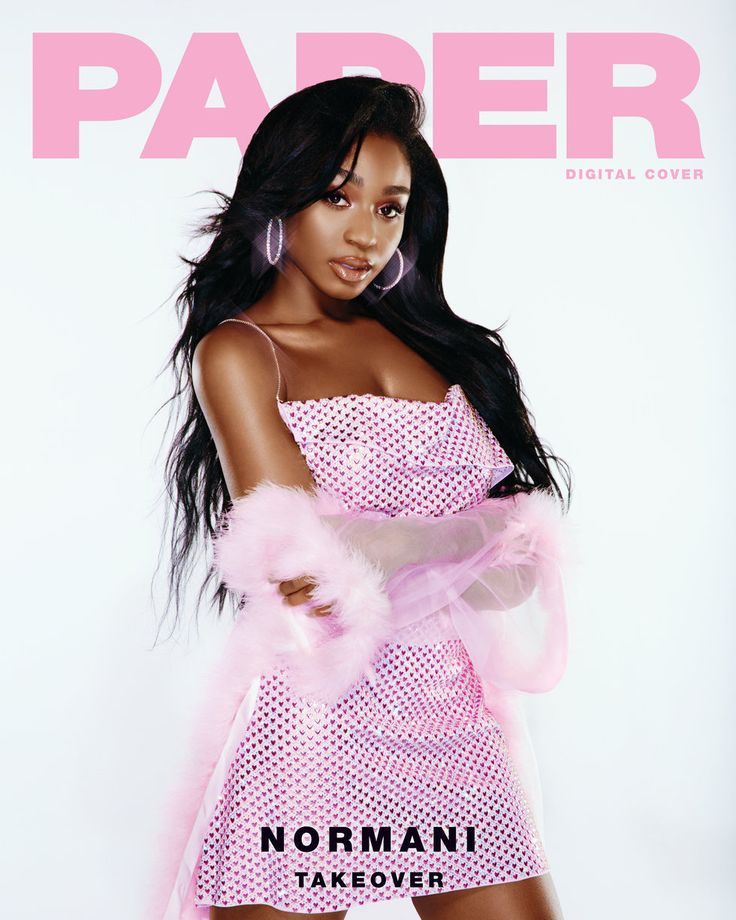 Though TB is no longer a member and does not have a vote he would urge you all to take a look at Craig's manifesto and website and put that cross next to his name.

It's time CF had a kick up the ideological backside and Craig is the man to do it.

Chiled young sex melissa peregrym bikini pictures ford Girls wild sex - hefs girls naked sexy irish babes. Monday, 20 September CF Elects - TB's Endorsements With just seven days to go, the only contest to be less exciting than the Labour leadership battle will finally draw to a close. Though it turns out TB is no longer a member of the Tories and thus illegible to vote news to him but hey he thought he would endorse a couple of candidates in the Conservative Future election.

A bit like Sarah Palin without the money or the Jesus lovin'. Firstly for Appointed Officer Patrick Sullivan is easily the most qualified candidate. TB has known Patrick for years and he really does have the best interests of the Party at heart. A formidable presence on the CF scene, there are few out there who have given up more time and personal contributions to various by-election and local campaigns.

This video also tickled TB: Secondly CF Wales isn't the most exciting of organisations but it is under threat of being taken over by a Tory Reform Group loon who advocates an increase in public spending and describes those attempting to save public money as "dicks".

The sooner Zahid Raja wakes up and realises he is in the wrong party the better.

These quasi-socialist NUS NIMBYs need to be kept as far away from the Tory greasy poll as possible. Grant Tucker is your man for Wales.

TB met him down at Spring Forum and he's a good guy. Unlike his opponent who has more in common with Ed Balls than any Tory Deputy Chairman Political is an easy one. Loyal readers will know TB has always had a soft spot for Alexandra Swann and who wouldn't want her leading a protest As for DC Membership TB is somewhat torn. Hampsheir is a top lad, Oliver Cooper is a sound man, very sound, but then Clare Hilley has been a member of CF for the best part of a decade and proved time and again her ability at organising London based campaigns.

TB doesn't understand why the libertarian ideologue Cooper isn't standing for the Political role which would suit him much better and he would easily win. Clare and TB have had their differences over the last year or so, but there is no doubting she is the best candidate for this particular job, and that slogan was always going to come in useful one day Don't be silly, vote for Hilley.

And as for Chairman.

well you'll have to wait and see about that one. A full list of candidates standing can be found here. I never like answering my phone in my sleep and especially not to a shrill and excited voice, unfathomable for the early hour of a bank holiday Monday. Out of mere curiosity at what the enemy were up to, I signed up on the website with my legal name Alexander for more information back in July.

I was now being pestered at alarming rate. I printed out my ticket and was asked to write my own unique ticket number,on it, but a frantic follow up email asked me to change that to What a masterful piece of spin, curiously first used by another movement for change, the Deutsche Arbeiterpartei the German Workers' Party who would soon become the Nazis.

Of course there was no record of ticket Eventually I was found and ticked and given a little green sticker. No one would give me an answer to what the orange ones were for, but the micro-managing had begun.

I was quickly sent upstairs, guided past a silent brass band, and as a proud member of Lambeth Constituency Labour Party herded into the South London section of the audience. Scanning around the room there was undoubtedly an impressive turn out, but as even Miliband supporters noted there was a distinct lack of young people. The surroundings could not be more appropriate.

Bringing Labour together, Leading Labour to The atmosphere had the feel of a church congregation full of anticipation. As the pre-game warm up continued the brass band played, the rainbow flags were waved and various handpicked Miliband supporters were paraded across the stage to cheers. A dire duet by MPs Willie Bain and Stella Creasy who narrated the story of the Labour Party like teachers at a school play was not enough to dampen spirits. 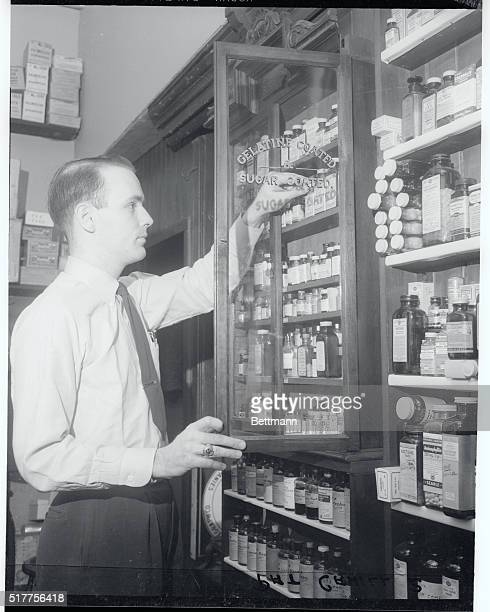 I was beginning to think this could turn into a Mid-West evangelical roof raiser, with people having visions and speaking in tongues, running up and down the aisles at any moment. And then it did. It was a practiced routine and a whole block of the audience knew the words to their song. Suddenly I realised what the orange stickers meant.

It seems the Movement for Change has been working rather closely with London Citizens, a grassroots community group that have come under attack from being left-wing extremists but also have had praise heaped upon them by no less than David Cameron and Steve Hilton.

The facade had slipped and given the speed at which a glamorous blonde staffer was running around, the team knew this.